"Of the family which survived to reach maturity, James (the eldest) inherited his father’s keenness for hunting the precious yellow metal and travelled extensively in its search.  No more successful than his father, he later turned to shearing and became a recognised expert with the blades.  This occupation took him as far afield as New Zealand on one occasion, whilst various local flock owners considered their sheep were not properly shorn if Jim Keenan did not do the job.  With Batlow becoming interested in fruit growing, he obtained some land near what is now known as the Batlow Sportsground, and, incidentally, his land adjoined the small property on which his mother had lived with her second husband.  He planted a small orchard and marrying a local girl, Florence Skien, settled down to a quiet life divided between his own small property and working for other neighbouring landowners.  There were six children born to Mr. and Mrs Jim Keenan, one daughter (Grace) being claimed a victim by diphtheria in childhood; but the others, Fred., Hector, Wilfred, and daughters Edna (Mrs Seigal) and Muriel (Mrs. R. Langford) survive and play prominent parts in their respective spheres.  Hector still lives on and farms the old property.  There are fourteen members of the fourth generation to this branch of the family.  “Old Jim” as he was respectfully known throughout the district died in June, 1942, and Mrs Keenan was also laid to rest in the Batlow Cemetery in February, 1948."   Extract from 1949 newspaper article by George Keenan.

Nickname: According to James' niece, Dorothy Lovering (nee Keenan), Jim Keenan's nickname was "Snooks". (Conversation between the author and Dorothy on 12/10/2003.) 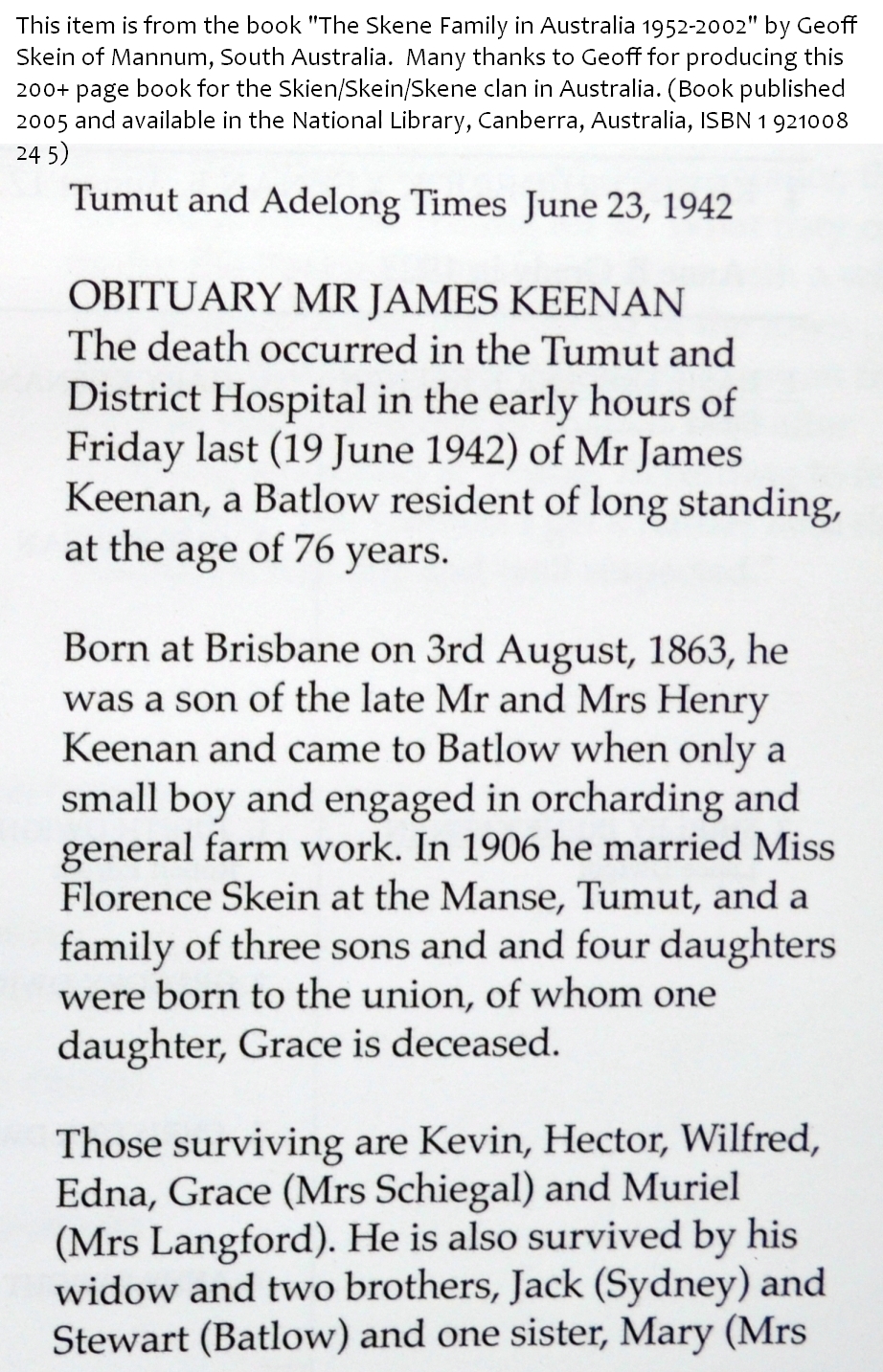 Jim Keenan was an accomplished player of Euchre. This is one of several newspaper reports: